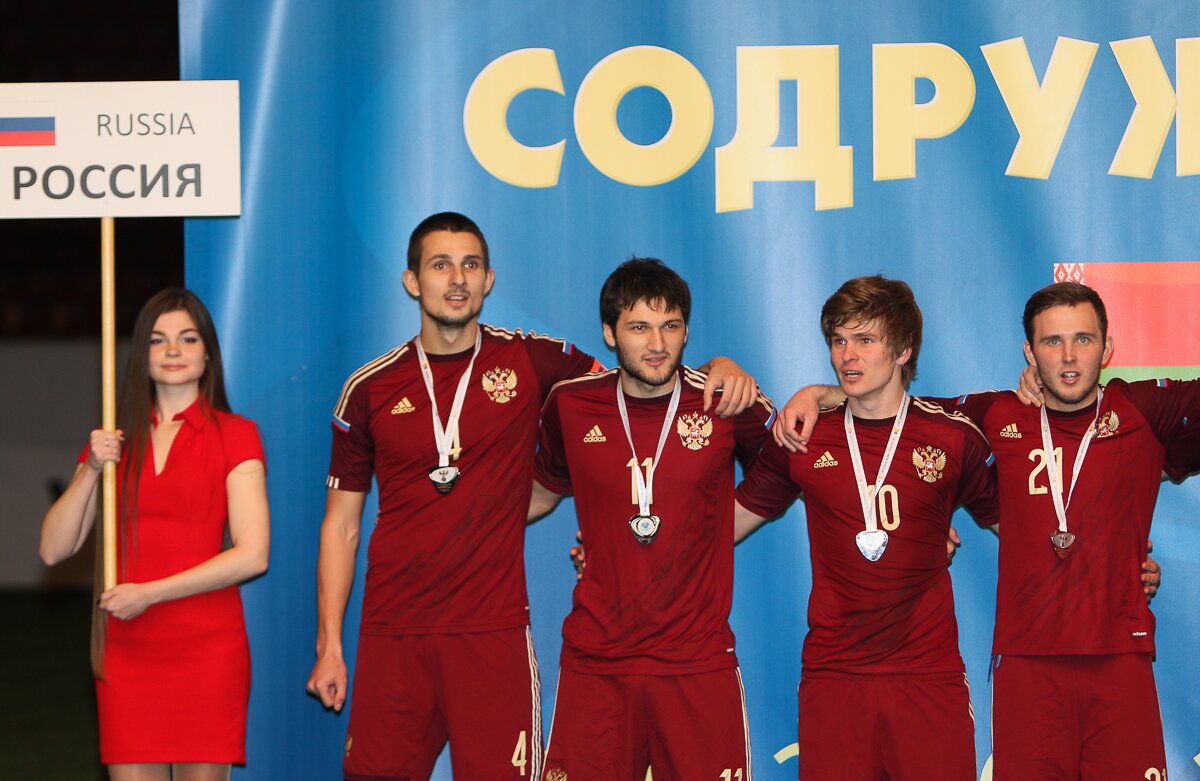 Two important goals scored in the final match between Russia and Moldova by the attacking midfielder of team Russia, Kamil Mullin, encouraged the organizers of the XXIV Commonwealth Cup to give the best tournament player award to him, a player of Sokol Samara. It's curious that Mullin was one of the oldest players, as he had his 22nd birthday on January 5, and the Commonwealth Cup admitted players were not older than 22.

Players of team Russia got two more individual trophies, besides the MVP Mullin. To the utmost delight of St. Petersburg supporters, the best defender title was given to Maxim Karpov from Zenit. And the best goal-scorer of the Commonwealth Cup was Mikhail Zhabkin, midfielder of Volgar Astrakhan, who scored 3 goals.

Other individual football trophies were awarded to the two Moldovan leaders Eugeniu Rebenja (best midfielder, plays for Sheriff Tiraspol) and Danu Spataru (best striker, Zimbru Chisinau), and also to the Estonian Magnus Karofeld (best goalkeeper, Flora Tallinn). The awards were given by Nikita Simonian, the FUR first Vice-President, Anatoly Turchak, the President of the Football Federation of St. Petersburg, Konstantin Pshenko, the IPA CIS Secretary for culture, information, tourism and sports, and Dmitri Shneider, the Commonwealth Cup Director. Note that all the six prize winners represent the three top teams of the XXIV Commonwealth Cup: Russia, Moldova and Estonia.