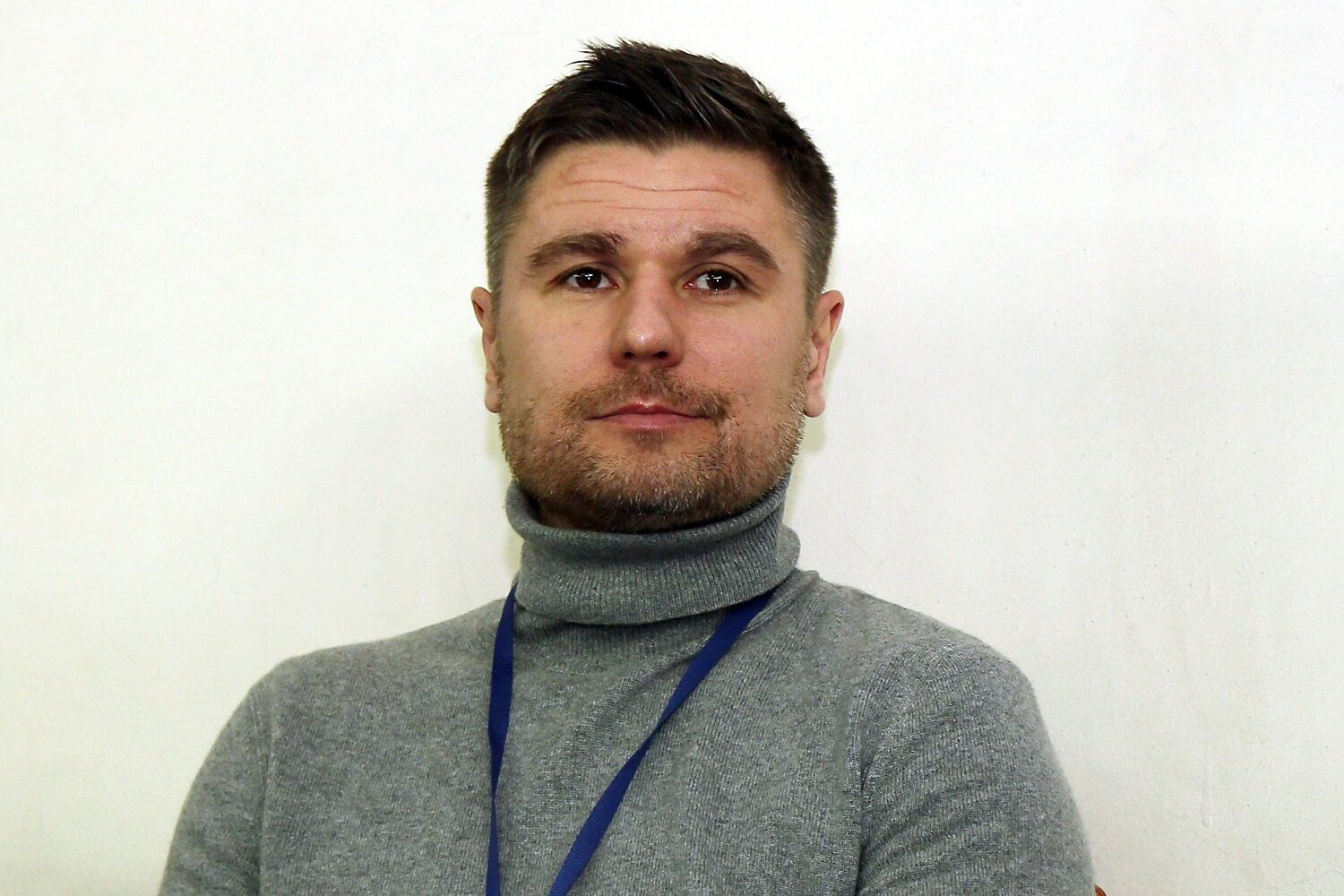 The main character of this interview is turning only 40 in August of 2016, but he has already got a solid football name thanks to careers as a player and as a coach. He's got more than 100 goals scored in his personal collection with 42 of them in such a top championship as the English Premier League. He has impressive 75 appearances (and 15 goals scored) for his national team. Now this bright star of the Latvian football is coaching this team. And, of course, Marians Pahars does not forget about its closest reserves. That is why Pahars was one of the most attentive spectators on the stands of Peterburgsky SCC (where he is always welcome) watching youth teams of Russia and Latvia playing.

– Marians, it has been more than ten years since summer of 2004 when your teammates and you were representing Latvia at the European Championship and where you played a sensational 0:0 draw against a mighty team of Germany. Do you think there are players in the current squad of the Latvian youth team who can at least repeat your wonderful achievement of qualifying to Euro-2004 someday?

– I really hope they can achieve this. Our likely place is closer to outsiders... Certainly, no one is giving up and we are all working on making Latvian football better. However, I think a really great success like our participation in Euro-2004 and that draw with Germany objectively cannot happen often. Maybe it will never be repeated, who knows. There are talented players, for sure. Nevertheless, no national teams of Latvia are similar to the national teams of Spain of the same age groups that have a completely different variety of players. I am definitely following attentively not only the U-21 Latvian team, but also other teams of younger ages.

– And one of them, namely the Latvian U-18 team, has just left quite a good impression on the recent Granatkin Memorial having made it to the top-5 teams of the tournament.

– I have been closely watching this team for more than a year already. Our country is small and when it comes to football, you can see absolutely everything. There are more than one or two promising players in the U-18 team, but still not as many as our coaching staff would like to see. We need to cherish every single potential rising football "star", to provide guidance and to teach.

– Are St. Petersburg tournaments like Granatkin Memorial and the Commonwealth Cup useful with regard to this process?

– Yes, they are very useful. Playing in their domestic Championship the folks are stewing in their own juice, as they say. While in such a beautiful city of St. Petersburg that I always love visiting for various occasions besides football, the young players are given a great opportunity to play against the teams of a completely different football style. This is both interesting and educational. They gain necessary international experience. In this respect, I think that Granatkin Memorial looks more preferable now. The Commonwealth Cup, as I see it, has lost its prestige for its level had been higher in previous years... 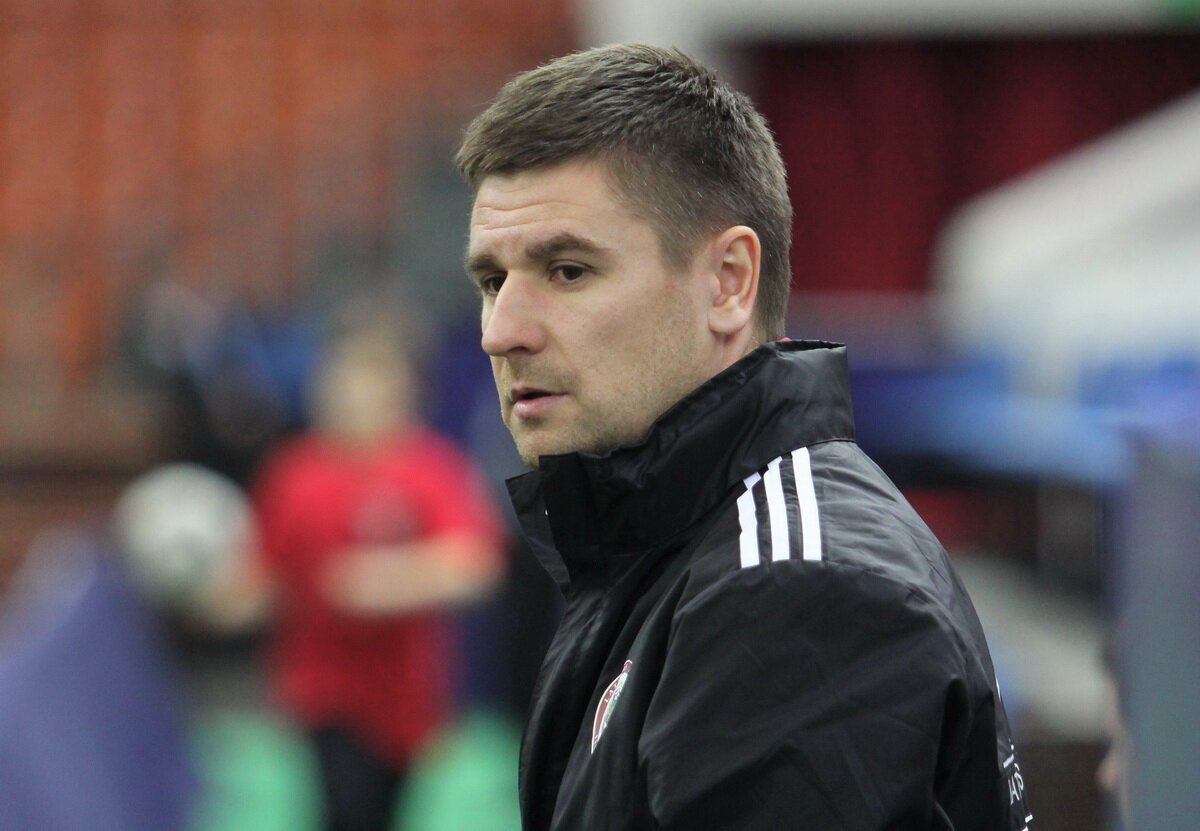 – You have been attending this tournament for a number of times, and every time in a new status.

– Was it Starkovs who played a significant role in your short, but notable coaching career?

– His role has been colossal. Speaking about my successful football fate, I usually highlight two coaches. The first is Andrejevs who was coaching me as a kid and who guided me into my first professional team. And the second is Starkovs who was first coaching me when I was a player and who later made me his assistant in the coaching staff of Skonto. Starkovs is a special topic of discussion about my life in football. I remember him almost torturing me during additional individual trainings in Skonto. I was literally training headers for hours not even understanding why I needed this at all! I was starting all the Latvia Championship matches having a good degree of fatigue. How glad I was to Starkovs for those tortures when later I got into the English Premier League where one cannot survive without high speed and stamina. How many goals have I scored with a head after those unforgettable additional trainings!

– But "Starkovs tortures" towards you continued during Euro-2004, when he did not put you, the leader of the Latvian team, in the starting eleven for any of the matches. Why did Starkovs do this?

– Well, you can ask him personally, as he is sitting here five meters from us (smiling). I was indeed very offended by the coach that time. Now, as I have understood all the complexity and subtlety of a coaching job, I am looking at that situation with Starkovs eyes. In the very first group stage match, our team was close to take a win against the Czech team when we were leading 1:0 for a long time, but eventually conceded two late goals. Marik and Prokhor duo (Maris Verpakovskis and Andrejs Prohorenkovs) were playing really well that day. The second match, the one with Germany, became outstanding for us! What kind of a coach would change the starting lineup in such a situation? Moreover, I came to that European Championship after a serious injury and a long time recovering... It is now that I am talking about this so easily. Emotions were very strong then, as I wanted to go to the pitch badly! It is good that Starkovs at least let me play from substitutions in all the three matches (smiling). 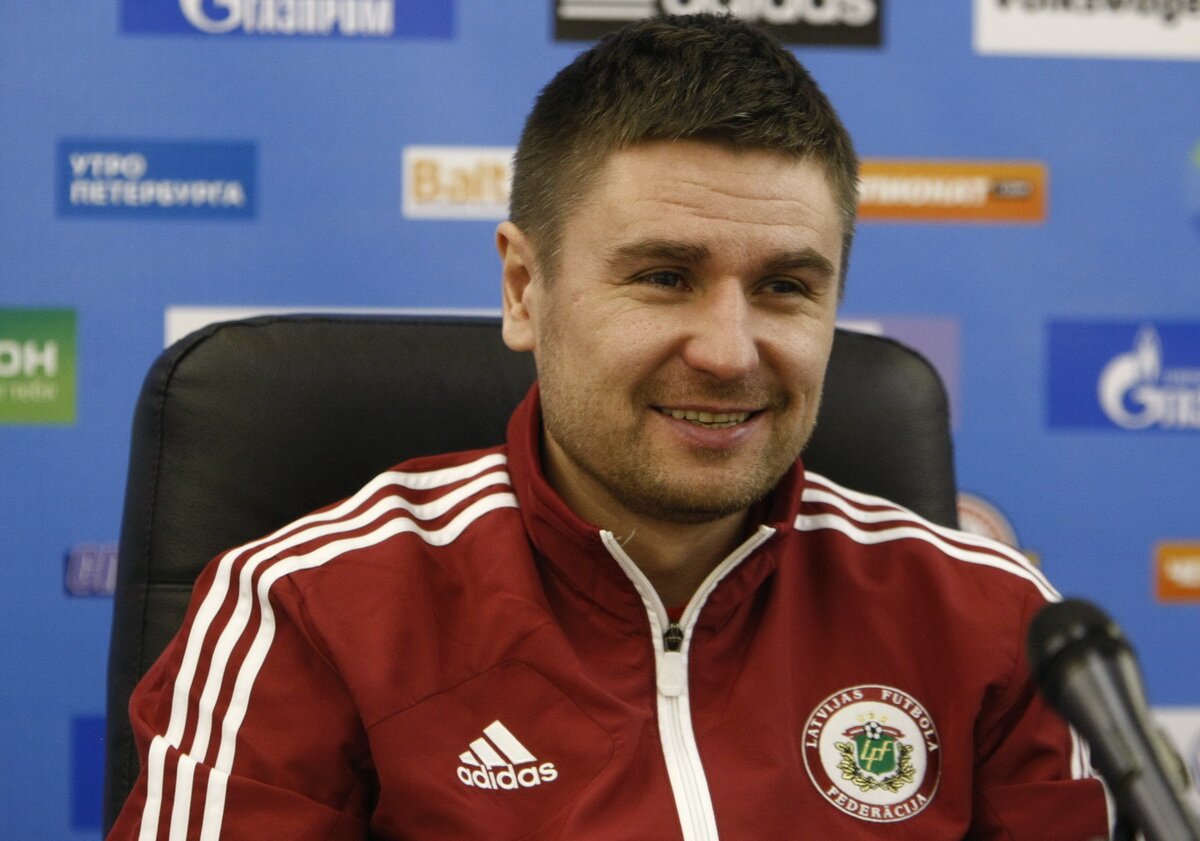 – Well, Marians Pahars almost did not sit on the bench in his best seasons for Southampton. You played a lot and you scored a lot. I remember it clearly how Pahars - Beattie duo was making the best Premier League defenders scared!

– We've had a very simple football in that Southampton. There were long balls coming to James Beattie who outplayed any opponents in the air, even the star-level ones. I knew where he would pass the ball beforehand. I was simply running to that area, taking the ball and shooting. And I was scoring quite often. Simple as that (smiling)! We had great understanding with Beattie on pitch. I scored no less than 30 goals from his passes. We keep in touch with him still. These were good times in Southampton...

– You have been a true favorite among the Southampton fans in 1998-2006, but you had to leave England still...

– A new head coach came to the team and he did not want to prolong a contract with me. Even though I agreed to such a scheme when if I take part in a match, then I get paid, and if I don't play, then I don't get my salary. But... After Southampton, I could not play for any other club in England, although they were inviting me to join Coventry. It was such a shame for me that I decided to change everything – the country and the championship. My long-time acquaintance Temuri Ketsbaia talked me into joining his Anorthosis. I was more finishing my playing career rather than really playing on Cyprus. I was suffering constant pain as I had three surgeries on my ankle. In fact, it is still not bending as it should... But there's nothing to complain about my destiny. I have spent many happy years in football and I continue to be happy. I could not even imagine that I would get so much satisfaction from a coaching job. I give you my word that coaching turned out to be more interesting for me than playing!