Nikita Pavlovich Simonyan, a famous player, a coach and a remarkable football manager is celebrating his 70th anniversary of being a part of big football. Young Simonyan made his first appearances in the USSR Championship playing for Moscow Krylia Sovetov in 1946. He was lucky then to have such a teammate in the attacking line of Krylia as the outstanding striker Petr Dementiev or legendary "Peka". Here's how Simonyan himself is recalling those days: "When I first saw Dementiev on a football pitch I was astonished by his ball control skills. It was simply impossible to take a ball from him!" And here's what Petr Timofeevich Dementiev is recalling in his autobiography: "The glorious Nikita Simonyan started his sporting career in Krylia Sovetov. He came from Abkhazia when he was 18 years old and he stayed in Moscow for the rest of his life. I liked the guy right away and having looked at him playing I gave him an advice to use more creativity and less standards".

Nikita Simonyan has been following this advice all his life long. It was this football creativity that let him collect a fantastic number of football trophies as a player and as a coach – seven USSR Champion titles and six USSR Cups! The peak of his playing career was the Olympic gold medal of Australian Melbourne in 1956.

The organizers of the St. Petersburg held Grantakin Memorial and the Commonwealth Cup were sincerely happy to find out that Nikita Pavlovich is coming to Petersburgsky SCC from Moscow for his jubilee days. Simonyan is not just a well respected and beloved VIP on a football tournament of any level, but also a great person to talk to...

– Nikita Pavlovich, please let us congratulate you with the 70th anniversary of your bright football biography! Which wins and achievements do you specifically recall during these pleasant days?

– I am a lucky person in this respect. I got a chance to play and to coach a lot, and I managed to win a lot as well. I played close to the greatest masters in the clubs and in the national team and later coached other greatest football players again both in the clubs and in the national team. All the wins are memorable for me. How can I highlight only one USSR Champion title of the seven that I won as a striker of Spartak Moscow and a coach of the same Spartak and Ararat?! And how can you forget winning the Olympics in Melbourne? Actually, I have another achievement to be proud of. I cherish the fact that there are only two people in the history of domestic football who managed to make "a golden double" – to win a Championship and a Cup the same season – first as a player and then as a head coach. These are Nikolay Gulyaev and me. As a player Gulyaev was winning in pre-war years and as a coach he headed Spartak on their way to winning the Championship in 1958 exactly when I was playing a striker there. Fifteen years after it was me already who managed to lead Ararat Yerevan to "a golden double".

– You came to St. Petersburg to watch the Commonwealth Cup. And did you have a chance to follow Granatkin Memorial that was held here recently?

– Certainly! I have always been following this tournament for more than thirty years, right from its very beginning. 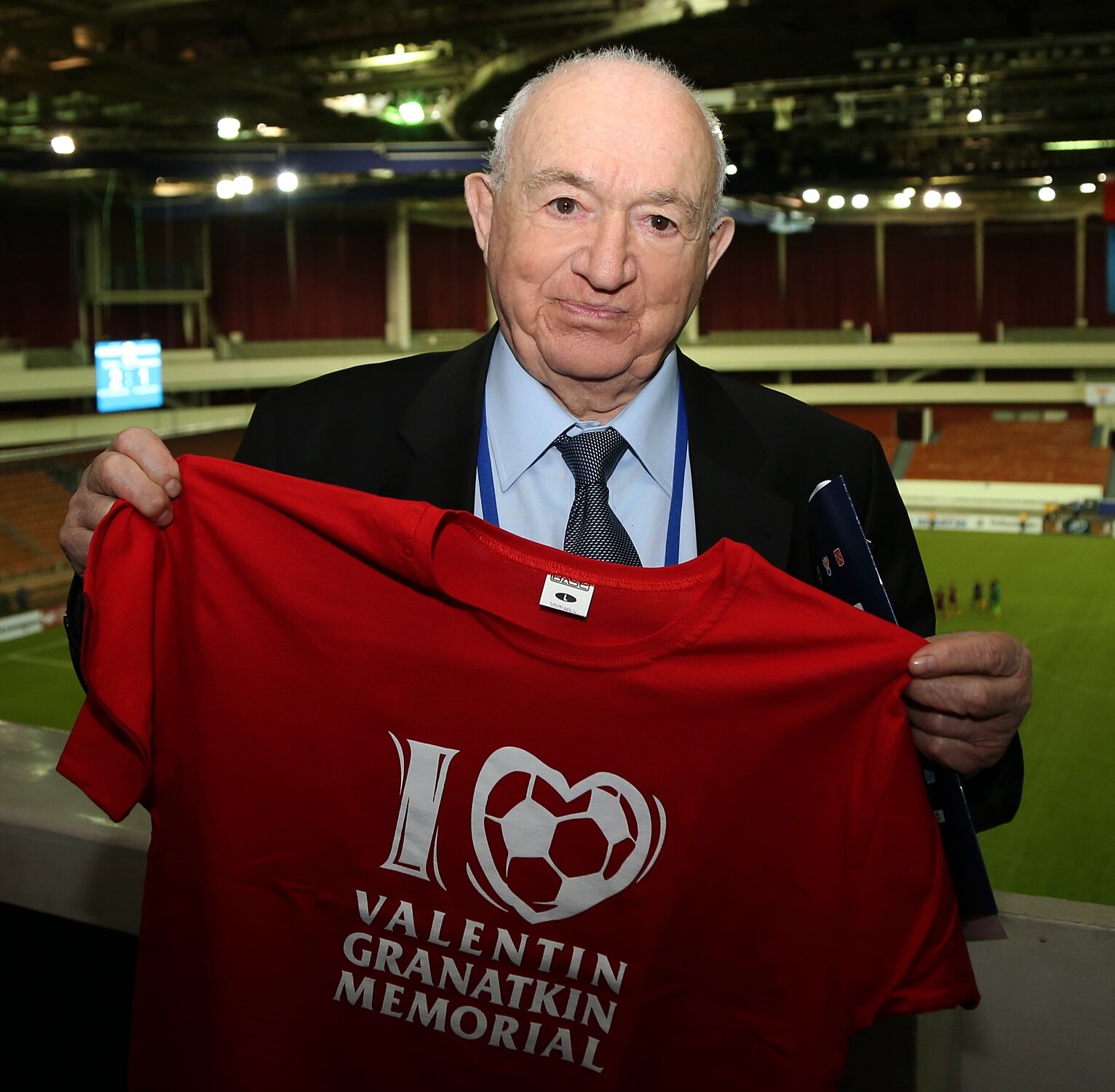 – Are you surprised with its results?

– I was astonished and even shocked by the 1:5 loss of the Russian youth team in the semifinals. Given my undoubted respect to the youth team of St. Petersburg... team Russia still should not lose with such an awful score! I was constantly asked a "How is this possible?" question in Moscow after that game. I was at a loss for words and shocked finding out the fact that Galaktionov had only three first lineup players there. THREE, can you imagine that? What kind of disrespect is that from the clubs coaching staff and management to the very institution of national teams! I am not even speaking about simple disrespect towards spectators of St. Petersburg that gathered on the stands of Peterburgsky SCC hoping to see the truly strongest footballers of Russia in this age! When I hear arguments like "our team should have training camps in off-season with a full squad in order to have quality preparation", I can only smile bitterly. Such "reasoning" can fool some amateur, but not me. I was coaching for many years and there was no single time when I didn't let my players to leave the club for any of the national teams, from youth to the first ones. I didn't even have such a thought! It's a great honor, after all! It's a prestige and a responsibility! I had times when twelve players would leave my club team at once. And this was not a big deal, we just continued working with those who stayed. We had the national team players coming back then and my assistants and I worked on leveling up the team fitness. And it was OK, we just started playing and we managed to win the new season. Please, take a look at a calendar, dear managers and dear coaches! Granatkin Memorial was held in the first days of January. Young players have the second part of January and the entire month of February to prepare! Where's the problem? What is the problem?!

– First of all, I'll share my opinion on Granatkin Memorial. We should keep the current status of this tournament commemorating the first FIFA Vice-President and a very wise man that I knew personally. This is an interesting and a useful tournament for its participants primarily. The fans are also interested to see the tournament battles featuring national teams of different football schools of the world. On other matter, I wish the participating teams' quality level was strengthened. Frankly speaking, a lot of my friends along with me are recalling those times with nostalgia when such national teams of top football countries like Germany, Spain, Brazil, Italy, France were coming to take part in Granatkin Memorial. As for the Commonwealth Cup embracing national teams of the CIS and the Baltic countries, my opinion is not that certain. Let me remind you that throughout a number of years this tournament has been highly important and useful not only by its football component, but also by its unique format of communication. Moreover, all the heads of football federations and other distinguished guests of the tournament had a chance to talk to each other and more importantly could also meet Joseph Blatter, the FIFA President who was attending all the Commonwealth Cups regularly. I am sure that Blatter would have attended the current tournament as well, but you know what happened recently... We'll think and we'll make a decision on what needs to be done about the Commonwealth Cup. It will naturally be Vitaly Leontievich Mutko to have the final word. I will pass the detailed information on both of the St. Petersburg tournaments to him shortly.

– The Organizing Committee of the tournaments would like to bring a following idea to discussion – to introduce an open status to the Commonwealth Cup. This way it will be possible to invite Germany and Italy to play in St. Petersburg along with the CIS countries and the Baltic states national teams. But there's one condition – these should be youth national teams.

– It's an interesting idea, an option the events might develop. We'll definitely be discussing this and all the other options on our closest FUR Executive Committee meetings.

– By the way, the Football Union of Russia is celebrating the 105th anniversary of its foundation in 2017. Is it possible to organize festive events dedicated to this jubilee during international tournaments in St. Petersburg, the city where the All-Russian Football Union was founded in 1912?

– Vitaly Leontievich has touched this topic already, but we'll also be discussing it in more detail on the FUR Executive Committee meeting. 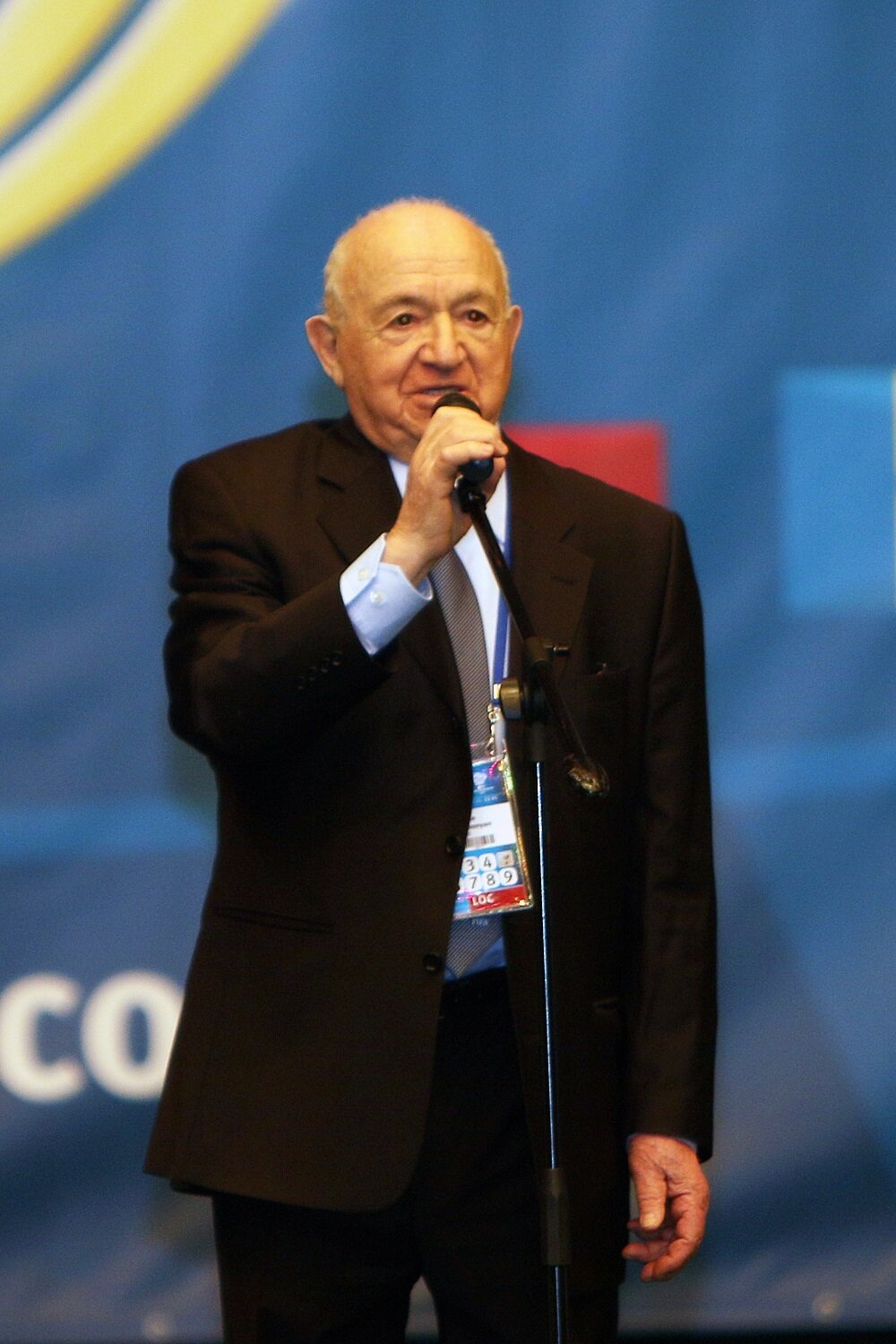 – Nikita Pavlovich, you are holding the fifth place in the Grigory Fedotov top scorers club with 183 career goals. I can't help but asking whether you are worried about a football fate of Alexander Kerzhakov who is holding the third place in the same list, but who has not been playing recently. Spartak's Roman Shirokov is having the same forced "pause". These are the two experienced national team players – Kerzhakov is the best goal-scorer in its history and Shirokov is its captain! And both lack practice...

– Shirokov stayed in Spartak flying over to a mid-season camp. And I think Roman knows it better than us how to improve fitness adding it to his technical skills and wise football thinking. I really want Kerzhakov to succeed in FC Zurich. I've told him recently that it's too early for him to quit playing and to give up. I think it's not the right attitude to Kerzhakov or Arshavin from the foreign coaches... "Bring me this guy! Buy me that!" And it's necessarily a foreign player. The accents have changed...

– What's your opinion about the results of the tournament draws in light of team Russia chances? And what are these chances?

– I would not agree with quite a popular resume of "an easy group". How is it easy, at all? Two teams representing the British style is quite a level. Although recalling recent years, we got wins against both England and Wales in the most important matches. On the other hand, we lost to Slovakia not so long ago. Our group is even and interesting. The minimal goal for Russia is to qualify from this group. And it's exactly just the minimal goal. First, we need to achieve one positive result, then mentally pass this victory to the football archives and to set the next goal. This is the principle that I used working with my teams. And you know it was always helpful!

– Since you've started to talk about the nearest perspectives of Russia, which final result would you consider successful on the domestic World Cup 2018?

– Frankly? The semifinals. It would be wonderful to become one of the top four national teams in the world. Let us all believe this will happen! There's no sense in walking onto the pitch without belief.